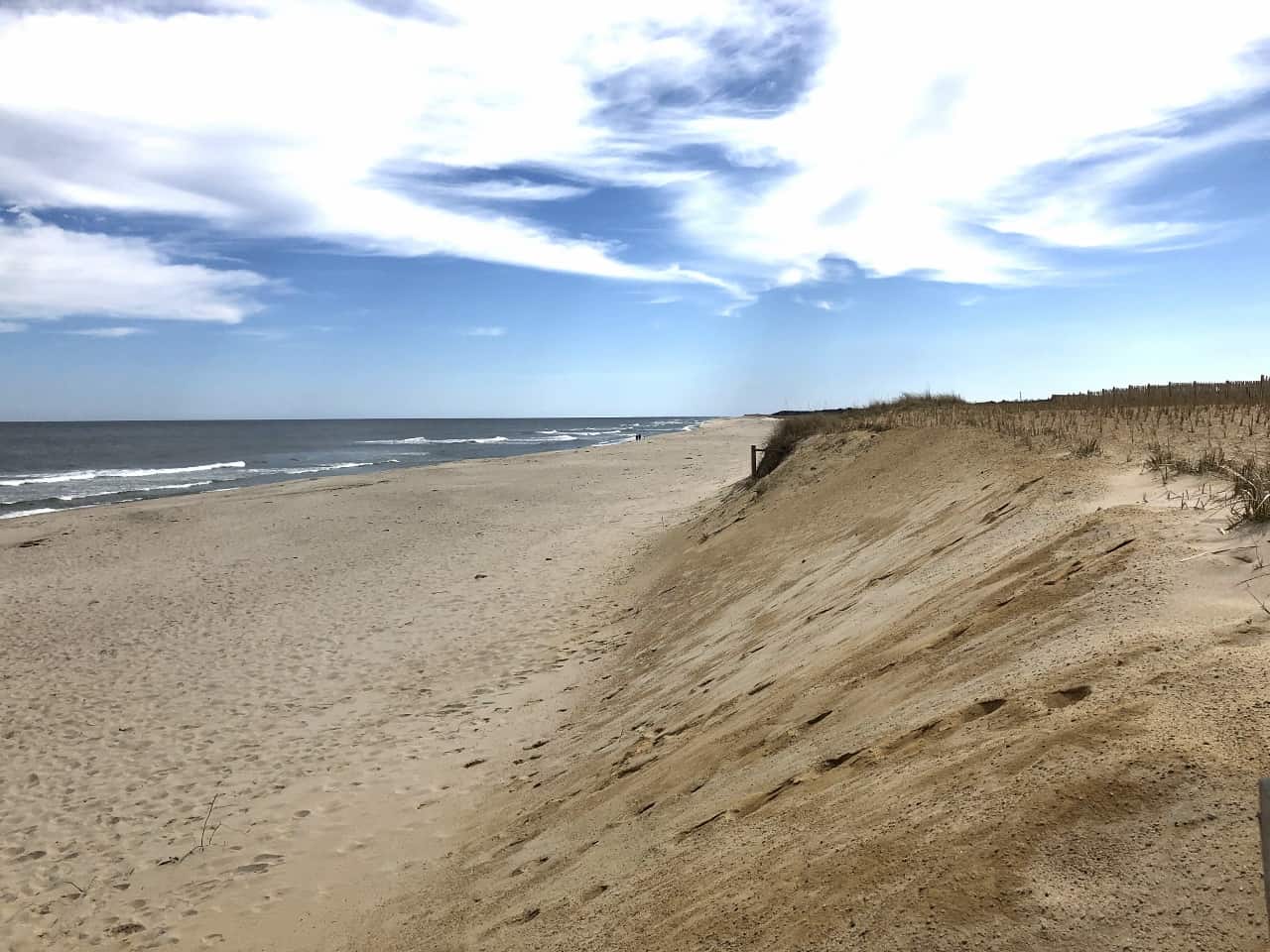 As the Old Colony Railroad reached each town on Cape Cod, that town was ‘put on the map’ as a destination for summer visitors. The railroad’s first depot on Cape Cod was in Sandwich; it opened in 1848. Service extended from west to east – with spurs running south into Falmouth, Hyannis and Chatham – across Cape Cod until it reached Provincetown in 1873. Although rail service had reached Orleans by 1865, Nauset Heights in East Orleans – the area surrounding Ship’s Knees Inn and Nauset Beach – would remain nearly deserted for another fifty years.

An 1858 map of Nauset Heights shows the house of Freeman Snow, the home built in 1820 that is now the Ship’s Knees Inn, as the only structure in the area. The remainder of the area was undeveloped with the exception of the Doane farm, 90 acres purchased by Timothy Doane – a member of a prominent Eastham family – in 1762 and used as farmland. By 1873 there were a handful of fishing camps in Nauset Heights: small parcels on the bluffs overlooking the ocean, purchased from Doane for $25 apiece, where the owners pitched tents. These were combined into Camp Cummings in 1878.

In 1890, the Seaver brothers bought much of the Doane land. They sold a few lots immediately, but didn’t subdivide the land until 1915. The 200 lots were snapped up by city dwellers who built summer homes and brought about a relative population explosion in the desolate area. At roughly the same time, the Cummings family deeded several acres of land that ran behind the dunes of Nauset Beach to the Town of Orleans.

These ‘early settlers’ – the families who purchased lots from the Seavers – would have had a front-row seat when a German U-boat opened fire on the beach, and a caravan of boats being towed by a tugboat in nearby waters, in July of 1918. The tugboat was hit and sunk, but the shells directed at land fell harmlessly into the sand and surrounding marsh. It was the first and only time the United States received enemy fire in World War I.

It wasn’t until the 1950s, 30-plus years after the German U-boat attack and more than 50 years after many of Cape Cod’s beaches had become established as sought-after summer destinations for tourists, that the town purchased the six and a half acres of land that is now Nauset Beach.

Since then, Nauset Beach, which is within walking distance of Ship’s Knees Inn, has become a regular on many ‘best beaches’ lists and is beloved by both residents and visitors, with more than a million people visiting each year to enjoy the cool water and rolling surf. With the demise of the decades-old Liam’s Clam Shack following a nor’easter in March of 2018, gourmet food trucks now line the parking lot in the summer months, much to the delight of beachgoers. Free concerts are offered each Monday evening in the summer months, with a gazebo set in the dunes (it was rescued and relocated after the same March 2018 storm) serving as the stage for bands.

If You Go: A daily parking fee of $20 is charged at Nauset Beach from mid-June through mid-September. The bathhouse, open seasonally, offers bathrooms, dressing rooms and outdoor showers. There is also a satellite office operated by the town which sells weekly parking passes and over-sand vehicle stickers for the southernmost portion of Nauset Beach. A 4-wheel-drive vehicle, safety equipment and inspection are required to obtain an over-sand sticker. 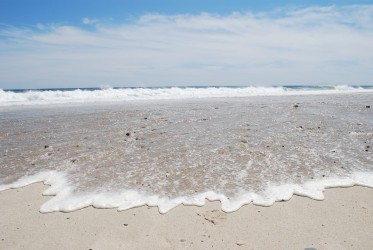